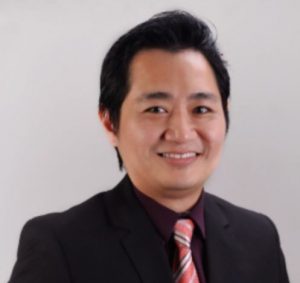 The idea to set up the ASEAN Engineer Register was first mooted at the 14th AFEO Governing Board meeting held in Air Keroh, Melaka, Malaysia on 25 November 1996. The meeting agreed to set up an ASEAN Engineers Working Group to collect, tabulate and disseminate information on the education systems, engineering curriculum, recognition of degrees and qualifications, accreditation of qualifications and requirements for achieving professional engineer status of each ASEAN Institutions.

Philippines Technological Council (PTC) was nominated and appointed the permanent Chairmanship to prepare the findings and to standardise the level of engineering competence required for attainment of professional engineer status with relation to the regulation of each of the ASEAN countries.

At the 15th meeting the following year (27 November 1997) in Chiangmai, Thailand, the AFEO Governing Board noted the benchmarking of the APEC Engineer Register and agreed that IEM should host a forum on the ASEAN Engineer and to look into avenue for the AFEO Engineers in APEC. As PTC could not progress due to change over of Chairmanship and lack of information on the procedure for the set up of ASEAN Engineer Register, IEM undertook to finalise this issue.

IEM at the 16th AFEO Governing Board meeting on 23 November 1998 in Clarkfield, Angeles City, Philippines, tabled the first working paper on the Guidelines for the setting up of the ASEAN Engineer Register. The paper detailed the objective, concept, minimum requirements and operation of an ASEAN Engineer Register. Procedure of application and registration was also included in this presentation. The report was an output of the ASEAN Engineers Roundtable meeting. At the 16th CAFEO Workshop Forum (held a day before the governing board meeting) proposal was made to include Architects into the Register and be named as ASEAN Engineer/Architect Register.

The AFEO Governing Board approved in principle a meeting amongst the Institution on the development of ASEAN Engineer in March 1999 to be hosted by IEM to consider the standing or status of AFEO Engineers in ASEAN. The AFEO Governing Board also agreed to establish the ASEAN Engineer/Architect Register and AFEO Board members unanimously agreed that IEM be appointed the Secretariat to maintain the Register.

The first text of the Register was prepared and finalised on 8 January 1999. The text was amended and presented to IEM Council the same month. A letter was sent to Wisma Putra to inform the Ministry of Foreign Affairs of the setting up and formation of the ASEAN Engineer. A progress report on the ASEAN Engineers/Architects Register was tabled eventually on 4 May 1999 to IEM Excomm for approval to be tabled to AFEO Board meeting later part of the year.

After the 16th meeting of the AFEO Board, a special committee has been set up in December 1998 and to be spread-headed by The Institution of Engineers, Malaysia to proceed with the formation of the Register. Several meetings were held to design an application form. In February 1999 the forms were issued to members of The Institution of Engineers, Malaysia to test its response. Lots of inquiries were received and by then 50 IEM members were the first batch to sign up for the Register. From the feedback, the application form was amended and a second trial run took place in July 1999.

At the 18th AFEO Board meeting in Hanoi, Vietnam on 24 November 2000. PTC was appointed to remain as the Chairman of ASEAN Engineer Register whilst the IEM was appointed the Secretariat responsible for its implementation and maintenance. It was agreed at this meeting that it should be solely a register for Engineers and the name was altered to ASEAN Engineer Register. Each AFEO member organisation was requested to establish a National Monitoring Committee (NMC) made up of a maximum of five (5) members to undertake the role of examining each application before it was submitted to the ASEAN Engineer Register Commission meeting for approval.

During 19th AFEO Governing Board meeting on 23 October 2001, the AFEO Board agreed that the AER will be operating as a Trade Register that will provide a complete database of practicing engineers within the ASEAN countries. At this date 240 engineers all from IEM had been registered. The AFEO Heads at this meeting in Brunei Darussalam also officially signed the AER Guidelines after some minor amendments were made to the draft.

Subsequently at the 24th AFEO Governing Board meeting held in Kuala Lumpur, Malaysia, on 2 December 2006, the Young Engineers Section of AFEO namely YEAFEO made a request to set up another Register under AFEO for graduate engineers. The request was to have a separate register for individual young engineers within ASEAN region as Young ASEAN Engineers Register (YAER) with the aim to pave the way to enhance young engineers networking at international stage and prepare them to face future challenges to be successful engineers. The name was later proposed as Associate Young Engineers Register (AYER). The Governing Board decided that instead of a separate register, the grade could be created within the AER for the graduate (young) engineers. The Register was thus extended to allow for the engineers with more than 7 years’ experience known as ASEAN Engineer (AE) and the young graduates with less than the required 7 years of experience initially named ASEAN Engineers Register Young Engineer (AERYE).

On 27 November 2007, in Cebu, Philippines, the Governing Board approved the setting up of a young engineer category within the Register known as AERYE at its 25th Anniversary meeting. At the 28th CAFEO in Hanoi, Vietnam during the AFEO Governing Board meeting on 1 December 2010, the first batch of 43 young engineers were registered. The Board decided to rebrand the name to Associate ASEAN Engineers abbreviated to AAE.

In Bandar Seri Begawan, Brunei Darussalam, at the 29th Board meeting held on 28 November 2011, the Board officially endorsed the Register to include the two additional grades for both the experience and the graduate engineering technologists and technicians. The register therefore had to be renamed from ASEAN Engineers Register to ASEAN Engineering Register to accommodate the new grades. The abbreviation of AER remains unchanged.

ASEAN Engineering Register would now be as follows:-