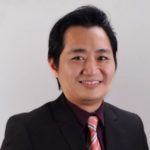 The AEI initiative covers 3 areas of inspection namely, Boilers (led by Philippines Technological Council-PTC), Building Services (led by Engineering Institute of Thailand-EIT) and Electrical Installation (led by Electrical Engineering Technical Division, The Institution of Engineers Malaysia –IEM).  The figure below summarises the progress of AEI after its formation.

In 2017, the 3 AEI initiatives have been allocated independent sessions to discuss matters pertaining to each respective initiative. This is the year where AEI-Electrical Installation (AEI-EI) was officially born and is to be reporting any progress directly to the AER commission.

The AEI-EI was established to assist AFEO in promoting goodwill and mutual understanding by establishing and developing an ASEAN baseline standard for the engineering profession with the objective of facilitating the mobility of the engineers within the ASEAN countries.

To accomplish the aforementioned aim, the AEI-EI has charted several objectives as shown in the table below.

In order to achieve the objectives of its establishment, the AEI-EI has formed an organisational structure as shown in the figure below. The International Copper Alliance (ICA) shall be the Project Coordinator by providing resources to support the necessary activities as well as keeping the project on track. The AEI-EI Steering Committee shall report any progress directly to AER at least twice yearly during the Mid-Term AFEO Meeting and CAFEO towards the year end. Under the AEI-EI Steering Committee, the National Working Group from each AFEO member shall coordinate AEI-EI activities at their respective country.